Today we went to Grandpa's house for his birthday pawty. He turned sixty two years old last Tuesday...so he invited some family over to his house for a barbecue. 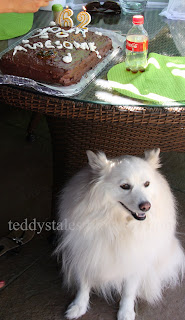 There was tons of great food but the cake was covered in chocolate so Sierra and I skipped dessert. 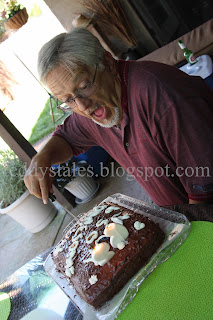 Grandpa was super excited when he opened his present. It was a gift card to go flying in a biplane with a stunt pilot that will take him on a tour around the San Francisco bay. 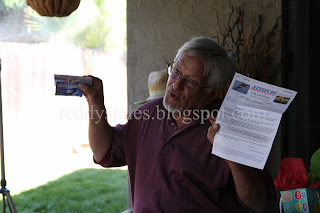 Grandpa has always had a passion for flying. When he was in his twenties he almost earned his pilots license but because of his expanding family and expanding business he didn't have the time to keep it up. So fast forward to the late nineties when Grandpa was finally pursuing his dreams and again was about to fulfill his requirements to earn his license when he was diagnosed with cancer. He had been having stomach pains that became so debilitating that he couldn't fly solo safely. Today Grandpa is ten years cancer free and healthier than ever but flying is just a little too expensive for him now that he is planning his retirement. It sounds like this will be a ton of fun for him. I can't wait to hear about his flight. It sure was nice to relax in Grandpa's little back yard oasis. I especially liked the misters hanging everywhere. They really helped us all stay really cool. (If you look closely, you can see some of the misters behind Daddy). 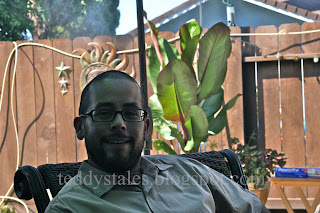 How did you spend Labor Day?
Posted by Teddy Bear at 9:34 PM