Other than not being able to watch the puppy bowl during halftime, today was pretty super. There was a small party at our house so there were lots of snacks for everyone to enjoy. There was cheese, salami, and crackers. Then we had artichoke jalapeño dip with sliced sour dough bread. Last but not least was the sushi. After all that food everyone was so stuffed they skipped dinner. We didn't have a favorite team so we just enjoyed watching the game. The best part was the commercials. Which one was your favorite? Our favorite was the pup going on a diet to race the VW. Ok, so we loved all the commercials that starred our fellow four legged friends. 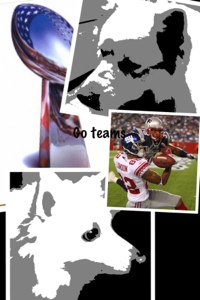